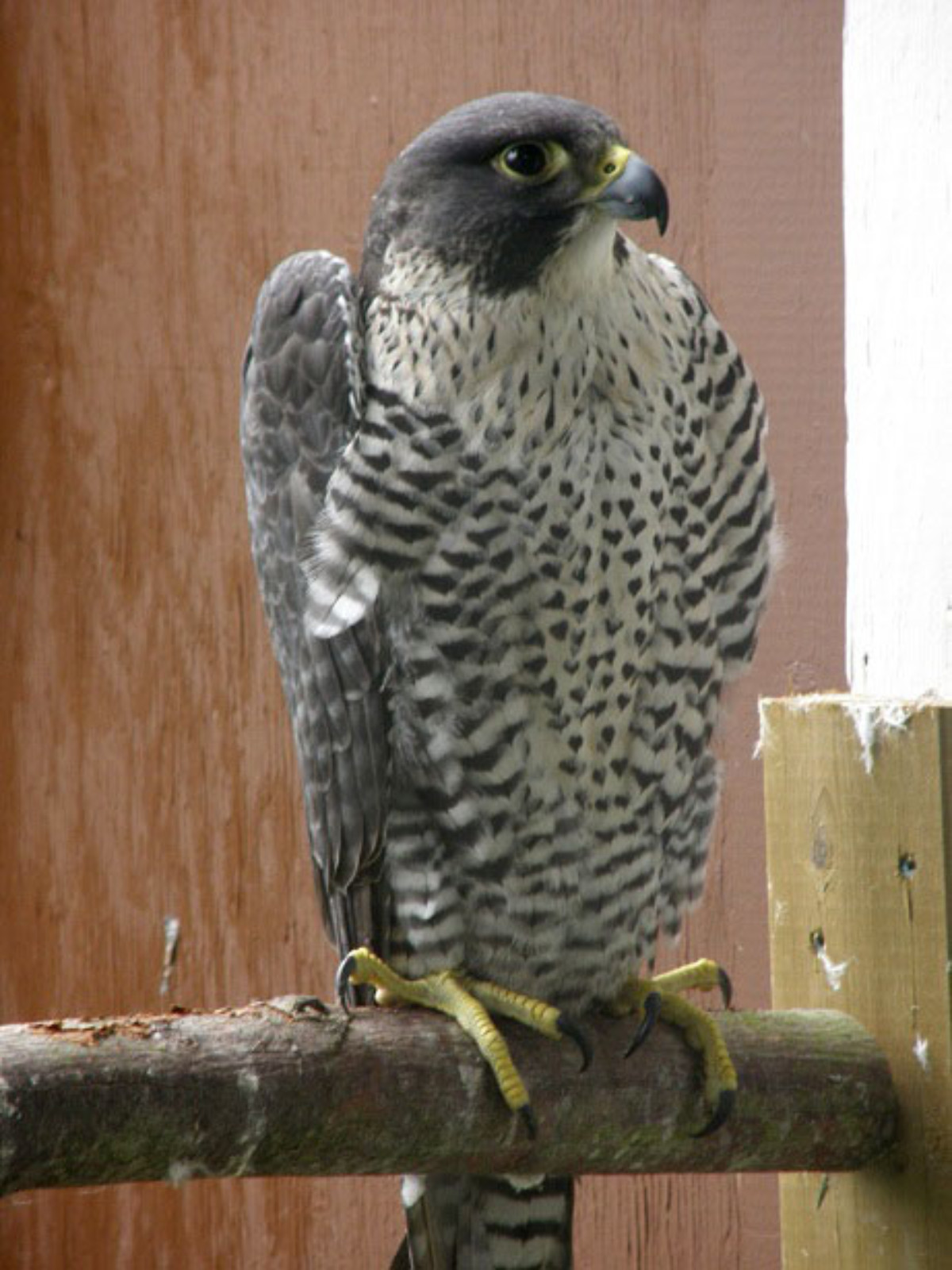 Mirage is a cross between a Peregrine Falcon and a Gyrfalcon, which makes her bigger than a Peregrine Falcon with large legs. She was bred in captivity and flown as a falconer’s bird for several years. At one point, she suffered a broken wing and she was kept for about a year in the hope that her wing would recover. Unfortunately, the wing did not recover and due to her inability to fly, Mirage was brought to OWL instead of being euthanized.

Mirage is available as a Single Sponsorship at $30 for a year.